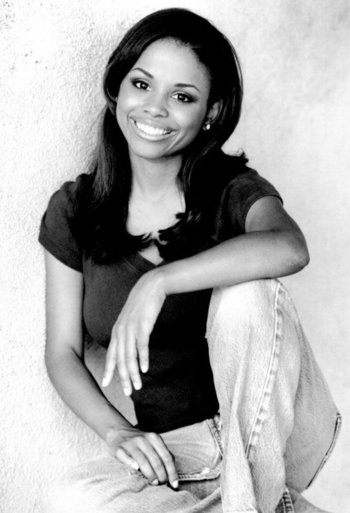 Michelle Thomas (September 23, 1968 – December 22, 1998) was an American actress. She was best known for her role as Myra Monkhouse on Family Matters.

Born in Boston, Massachusetts to Dennis and Phynjuar Thomas (Dennis being a member of Kool & the Gang), she was acting in films and theater productions throughout her adolescence and teen years before landing her breakout role as Myra. After Family Matters ended, she joined the cast of The Young and the Restless. It was during that stint that she discovered she had rare cancer, a intra-abdominal desmoplastic small-round-cell tumor as it was. She took medical leave from the soap to treat her cancer, but unfortunately she would succumb to the illness on December 22, 1998, with her former boyfriend and friend Malcolm-Jamal Warner by her side. She was 30 years old. She is survived by her parents and brother.