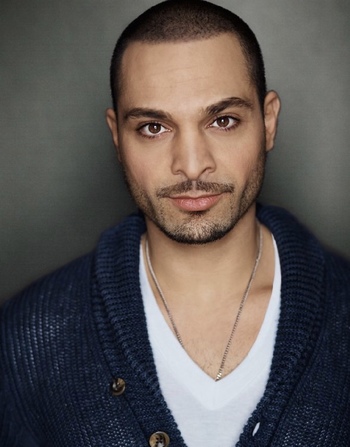 Have I ever told you the definition of insanity?
Advertisement:

Michael Mando (born July 13, 1981) is a Canadian film and television actor, writer, and director with a background in contemporary and classical theatre. He initially made his mark playing the highly memorable antagonist Vaas Montenegro in the acclaimed video game Far Cry 3. Since then he's gained recognition as Victor "Vic" Schmidt in the television series Orphan Black and has received critical acclaim for his portrayal of Ignacio "Nacho" Varga in Breaking Bad spin-off Better Call Saul. He's also joined the Marvel Cinematic Universe by appearing in Spider-Man: Homecoming as classic Spider-Man villain Mac Gargan (The Scorpion).