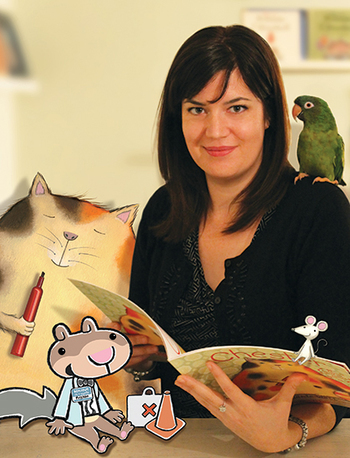 Mélanie Watt (born August 20, 1975) is a Canadian author and illustrator of children's literature who resides near Montreal, Canada.

She is the creator of several acclaimed children's picture book series and a number of individual picture book releases, most notably the award-winning Scaredy Squirrel. Many of her works rely heavily on gags that either paint or break the fourth wall. She is also known for her quirky, lively and unusual characters, which all are Furries that fall along various points on the Sliding Scale of Anthropomorphism.

Picture books by Mélanie Watt include