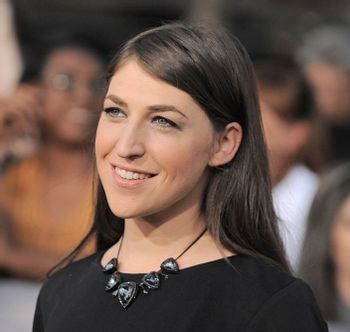 "Actors are a lot like professors on dissertation committees - it's a lot of ego, a lot of rallying for position, there is a lot at stake in every single interaction."
Advertisement:

Mayim Chaya Bialik (born December 12, 1975 in San Diego, California) is an American actor, author, and neuroscientist. She showcased her talents in many roles as a child, before landing a starring role in Blossom. She took a break from acting to pursue her education, graduating with a PhD in neuroscience from UCLA in 2007.

Her best known roles include:

Some tropes associated with the actress include: