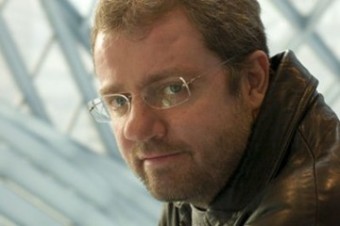 Matthew Theron Ruff (born September 8, 1965) is an American author of a small, but very diverse collection of novels. All of them feature (sometimes quite dark) humor and somewhat fantastic elements.

Matt is definitely One of Us, as anyone who follows his blog can attest. His website

contains a lot of interesting and funny details about the creation of his works.

He has written, in chronological order: