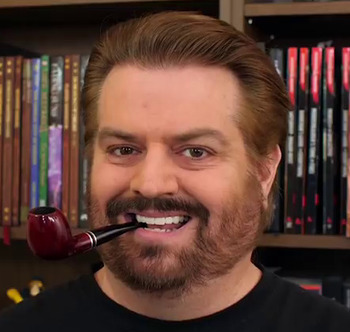 What's the shortest, best advice I can give someone? Orcs attack!

Matt Colville is a Youtuber, game designer, and independent fantasy author. He hosts the Running the Game web series in which he teaches new Tabletop RPG players all about running the game. Following a successful Kickstarter campaign in 2018, he founded MCDM Productions and released a supplement for Dungeons & Dragons Fifth Edition called Strongholds & Followers.

In January 2019, MCDM started a Dungeons & Dragons 5e campaign, The Chain, with Matt running the game. It airs Wednesdays at 7 PM Pacific on the MCDM Twitch.

Matt Colville has worked on