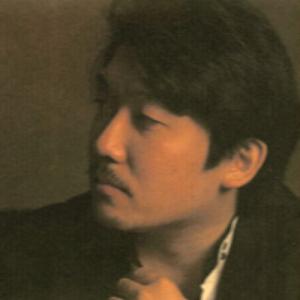 Aside from Yasunori Mitsuda, few game music composers have a composition style more distinctive than Masashi Hamauzu. He often melds his more classically-oriented impressionistic style with some dissonant electronica. You'd be surprised how often this actually works. Despite majoring in vocal music (he was one of the bass singers in "One-Winged Angel"), his signature instrument is the piano; he has two very well-received piano arrangement albums (SaGa Frontier 2 and Final Fantasy X, respectively.) Has composed many, many unforgettable ear worms, and is very fond of recurring leitmotifs.

Has unfortunately been often saddled with bad and/or obscure games, as you can see from the list below. Final Fantasy XIII is by far the most popular and best-rated game among his solo projects, which is telling considering the dividing quality of the game.