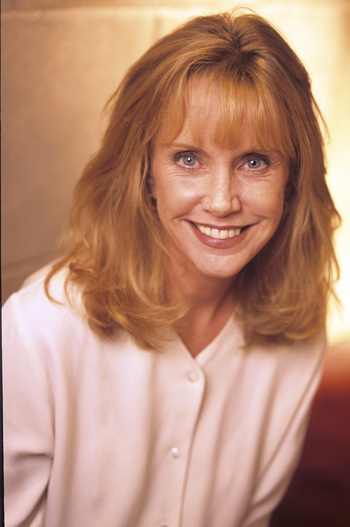 Mary Ellen Trainor (July 8, 1952-May 20, 2015) was an American actress best known for Lethal Weapon, The Goonies, and Romancing the Stone.

She was married to producer Robert Zemeckis and they had one child.

Trainor died in 2015 at the age of 62 from pancreatic cancer.