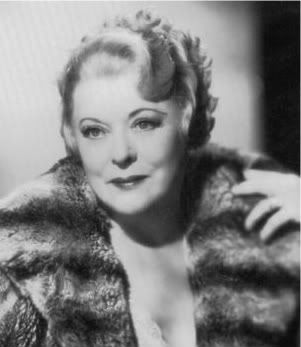 Marie Anne "Mary" Boland (January 28, 1882 – June 23, 1965) was an American film and stage actress, who made many appearances in The Pre-Code Era and The Golden Age of Hollywood.

She began her acting career on Broadway in the 1900s soon after leaving school and then later made her screen debut in 1915 in silent movies, which briefly stopped after the First World War so that she could go back to the stage. Boland mostly did comedic work and it continued when she returned to movies in 1931, this time in Hollywood.

Boland alternated between theatre, television, and movies. She is likely best remembered for her portrayals of Countess DeLave in The Women and Mrs. Bennet in Pride and Prejudice (1940). Her last film was in 1950 and her final stage performance was in 1955. She never married or had children, and died from a heart attack at the age of 83.