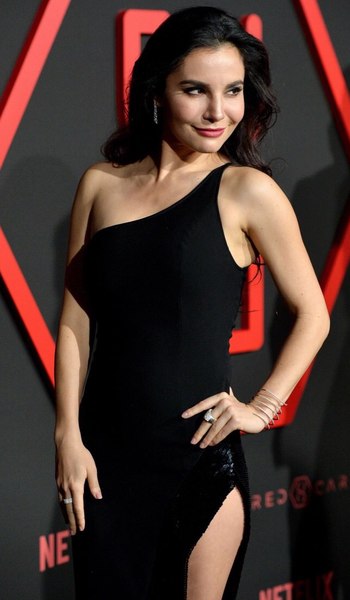 "I'm not the type of actress who sits there to wait for the phone call, I love the creating process and I need to keep myself busy, so I studied script writing, first to know how to choose my projects but most importantly because writing had always been a big passion in my life. So when I'm not acting, for sure I'm writing a script."
Advertisement:

Daughter of an actress, she began acting on theater stages at a very early age, along with dancing jazz, flamenco, tap and folklore. In In 2002, she had her first major role in the Mexican box office hit movie Amar Te Duele as Renata. The film launched Martha's career giving her the nickname "The Mexican Sweetheart". She received Diosas de Plata (The Silver Goddess) award and the won the MTV Latino movie awards for "Favorite Actress" for her performance.

She made her debut in an American movie in 2007 with Borderland and she moved to Hollywood in 2008 to audition and study script writing. She went back to Mexico with three finished scripts and at the age of 25 she wrote and produced her first independent film in 2010, Te presento a Laura which was in the top ten films in box-office for 10 consecutive weeks.

In 2018 she played Kristin Ortega in the Netflix Sci-Fi / Cyberpunk series Altered Carbon, an adaptation of the Takeshi Kovacs book trilogy by written by Richard K. Morgan.