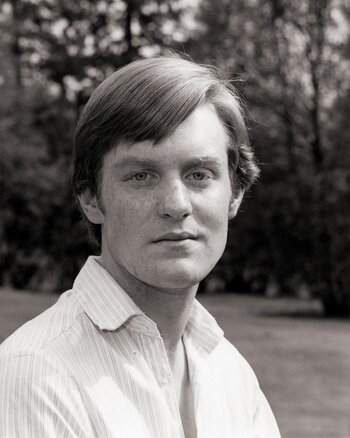 Mark Strickson (born 6 April 1959) is an English actor and producer, best known for playing Doctor Who companion Vislor Turlough in 1983-84, alongside Peter Davison's Fifth Doctor. In 1984 he appeared in a film version of A Christmas Carol as the young Ebeneezer Scrooge in the Pensieve Flashbacks (George C. Scott played old Scrooge).
Advertisement:

In more recent years, he has relocated to New Zealand and moved away from acting into producing, with a focus on nature and wildlife documentaries. He has, however, reprised his role as Turlough in audio form for Big Finish Doctor Who from 1999 onwards.

Works with pages on TV Tropes that he has appeared in: