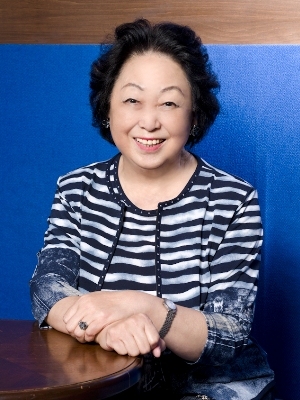 Make way for the "Mother of Japanese Voice Actors," she is Astro Boy!

Mari Shimizu (Born Mari Yamanouchi, June 7th 1936) was a stage actress personally scouted by Osamu Tezuka to perform the voice role of Astro Boy for her experience in portraying a stage version of the principal role, Pinocchio back when she was still a child actress; which the character of Astro Boy was inspired by.

As Astro Boy gained success, she eventually became a Production Posse for Mushi Productions, and caught herself amongst the dawn of Japanese animation and mainstream voice acting. Partaking in roles of many classics from Humanoid Monster Bem, Attack No. 1, Ikkyu-san

, Candy Candy, to Doraemon. Her forte is mainly children and mother characters.

Starting from the 1980's, Shimizu moved out of the front lines of voice acting and became an active performing arts instructor to this day.

Shimizu was awarded “The Synergy Award“ note An award in recognition of a title (no matter which medium, as long as it has voice acting performance) which brought out the best performance of their cast of voice actors (particularly, the recipients for the award), and has influenced the nation greatly with their work. for Astro Boy (Astro Boy) at the 3rd Annual Seiyuu Awards in 2009, and was one of three recipients awarded the “Lifetime Achievement Award” of the 11th Annual Seiyuu Awards in 2017.

In one interview, she revealed she had ties with voice actress Megumi Ogata, indicating the actress and her daughter were high school classmates.