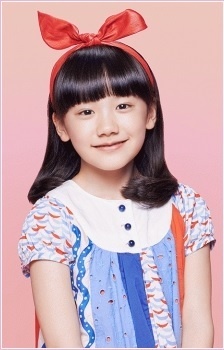 Mana as a child.
Advertisement:

Mana Ashida (born June 23, 2004, in Nishinomiya, Japan) is a Japanese child actress. She is well-known for playing the young version of Mako Mori in Pacific Rim, as well as for her hit song "Maru Maru Mori Mori!", which she performed with fellow child actor Fuku Suzuki for the TV drama Marumo no Okite. After the song became a hit, she started a solo idol career and was cast in several films and even some anime. She was also the last person to win the top prize in the Japanese version of Who Wants to Be a Millionaire?.