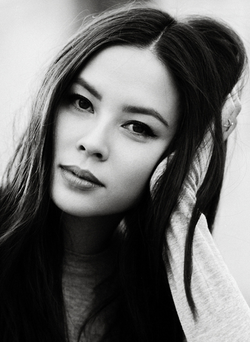 Elizabeth Melise "Malese" Jow (born February 18, 1991 in Tulsa, Oklahoma) is an American actress and singer-songwriter. She's primarily known for her roles in television shows aired by Nickelodeon and The CW, currently starring on the latter's The Flash as Linda Park / Doctor Light.