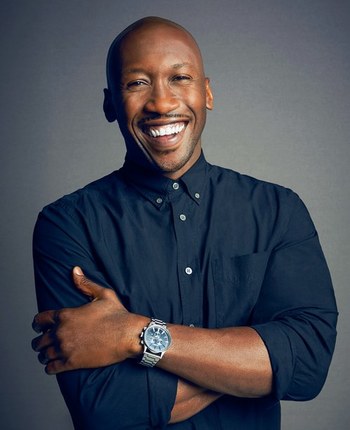 Known for his many roles in films and television, he fell into greater public consciousness as Remy Danton on Netflix's House of Cards, which he followed up with his role as Boggs in both parts of The Hunger Games: Mockingjay, the penultimate and final chapters in the The Hunger Games film franchise.

In 2016, Ali appeared as Cornell 'Cottonmouth' Stokes on Netflix's Luke Cage, one of the many properties that make up the Marvel Cinematic Universe, and Moonlight as Juan, the latter of which earned him an Academy Award in the Best Supporting Actor category. For that role, Ali became the first Muslim actor to get an Oscar. His role as Don Shirley in Green Book earned him another Oscar two years later in the same category. He also holds the distinction of both those films winning Best Picture, and regarding the second he was also in the same year's Best Animated Feature winner, Spider-Man: Into the Spider-Verse.

In case you're wondering, his first name is taken from the Book of Isaiah, where it is the third of the foretold names of the Messiah (the first is the more common Immanuel).