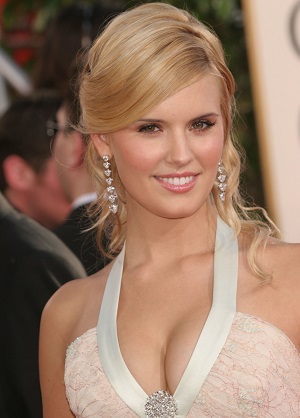 Margaret Grace Denig (born September 21, 1983 in Worthington, Ohio), known professionally as Maggie Grace, is an American actress. She's probably best known for her role as Shannon Rutherford on Lost, on which she was a main cast member for the first two seasons. Since leaving the series, she's been a fairly prominent face in film and television, most notably in Liam Neeson action-drama Taken and in Californication and Fear the Walking Dead.