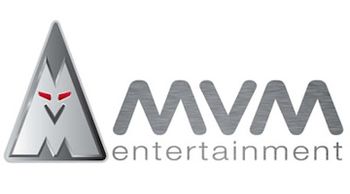 , a British anime distributor, is the UK licensee for select titles from AnimEigo, Central Park Media, GONZO, Geneon USA, Media Blasters, NIS America, Nozomi Entertainment, Sentai Filmworks, Urban Vision and Viz Media. They also distributed Funimation titles until 2007, lost the license to Revelation Films for a while, then started getting some Funi titles again when Revelation left the anime business. (However, Funimation's main British distributor is Manga Entertainment.) MVM also releases one British animated series, Aaagh! It's the Mr. Hell Show!, as well as Asian cinema and live action horror films from both Asia and the English-speaking world.