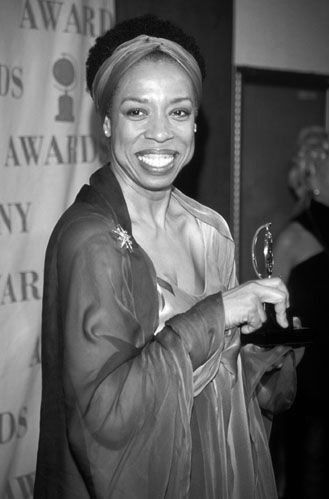 Cherlynne Theresa "Lynne" Thigpen (December 22, 1948 – March 12, 2003) was an American actor and singer. Thigpen was known for her stage and screen roles, most notably The Chief on the game show Where in the World is Carmen Sandiego? and the voice of Luna the Moon on Bear in the Big Blue House.

Thigpen was a high school English teacher initially before deciding to transition to acting full time, following up from when she acted in community theater in university. Her first role was in the musical Godspell, and she reprised the role in the film adaptation. She continued to act in theatre and in film for several years before being approached for the role as The Chief in Where in the World is Carmen Sandiego?, as the producers for the show originally envisioned her when they created the character. Thigpen initially balked at the offer, due to the intense filming schedule. The show auditioned several actresses but it became clear that the role was made for Thigpen and Thigpen would change her mind after meeting with Howard Blumenthal and Greg Lee. Thigpen played The Chief for five seasons and reprised the role in Where in Time is Carmen Sandiego? She also played The Chief in Live-Action Cutscenes for three of the Carmen Sandiego computer games.

Thigpen would continue to act in film, television and theatre (winning a Tony Award in 1997). Sadly, after suffering from headaches for a few days prior, she passed away on March 12, 2003 due to a cerebral hemorrhage. She is survived by her long-time partner, Larry Aronson.