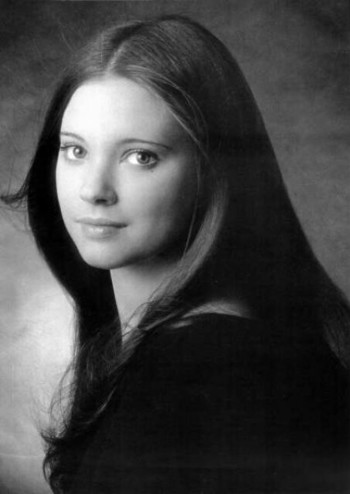 Lynne Maria Frederick (25 July, 1954 - 27 April, 1994) was a British actress, film producer, and Fashion Model. She was often cast in Girl Next Door roles and appeared in a wide range of genres ranging from horror to sci-fi to historical dramas.

She was married to Peter Sellers at the time of his death. Following a nasty legal battle over Sellers' will that saw her named the sole beneficiary and a short-lived marriage to journalist David Frost, Frederick was the target of a vicious smear campaign by the British media portraying her as a Gold Digger, resulting in her being blacklisted from working in the film industry. Her career never recovered, and she died in obscurity in 1994 in what many suspect was a suicide.