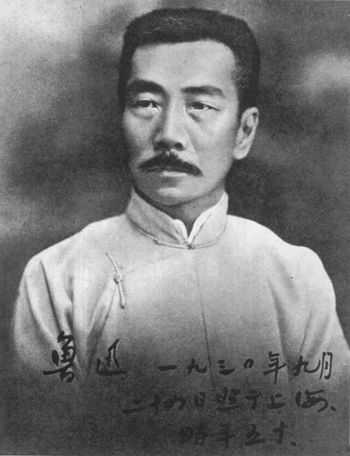 Lu Xun (born Zhou Shuren, 25 September 1881 – 19 October 1936) was a major Chinese writer of the 20th century and is often considered to be the founder of modern Chinese literature. His works are known for their politically-rooted angst and bleak depictions of post-Xinhai-Revolution China.