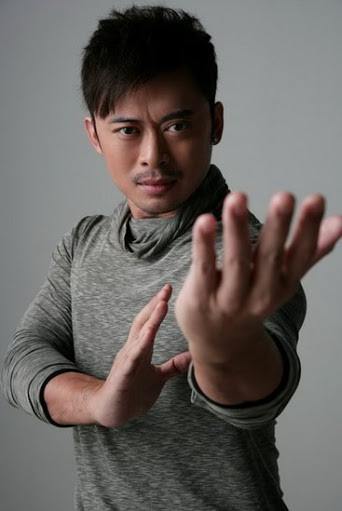 What'd ya know guys, Ricky grew up!
Louis Fan Siu-wong (樊少皇, born 19 June 1973 in Hong Kong) is a Hong Kong actor and martial artist known for various roles in B-grade action films, best known in the West for his role as the eponymous Ricky in Riki-Oh: The Story of Ricky.
Advertisement:

The son of veteran Shaw Brothers Fan Mei-sheng, Louis Fan started acting at age 14, before quickly becoming a media sensation when he landed the role of Ricky at age 19. As his career goes on however Louis will find more mainstream roles co-starring alongside Michelle Yeoh, Jackie Chan, Andy Lau, Yuen Biao, Donnie Yen, Vincent Zhao, more often than not being frequently typecast as the opponent of more mainstream action veterans.