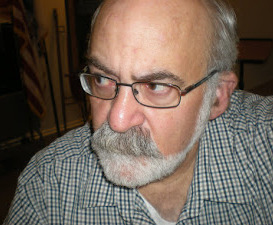 Louis Antonelli
Louis Sergio "Lou" Antonelli (B: January 6, 1957, D: The Future) is an American professional journalist and speculative fiction author. Antonelli is a Massachusetts native and grew up in Rockland. As a young man, he attended Columbia University and lived in New York City. He currently resides in Clarksville, Texas with his wife.

His first story was published in 2003 when he was 46. Several of his stories have been published in magazines in the English speaking world and Portugal; in Asimov's Science Fiction

His first professional science fiction short story, A Rocket for the Republic (Asimov’s Science FictionSept. 2005) was the last story accepted by Editor Gardner Dozois before he retired after 19 years.

His short story On a Spiritual Plain, was a finalist for the Hugo award in 2015.

He was an Active Member of the Science Fiction and Fantasy Writers of America (SFWA), but left the organization in 2017.

The other wiki has an article on him here.