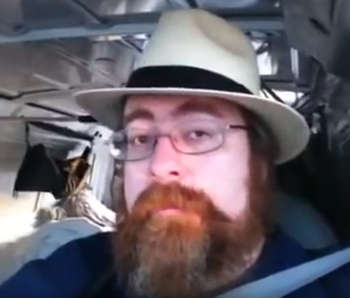 Lore Sjöberg is a self-described "professional sarcast" and internet humorist responsible, and perhaps best known, for The Book of Ratings.
Advertisement:

and is a regular Wired contributor with a commentary feature called "Alt Text" which was briefly done in video format before being canceled and subsequently brought back as a column.

His work crossed over from internet humor to internet meme when he first created the widely-quoted Geek Hierarchy chart.

The following pages are headed by a quote of his: