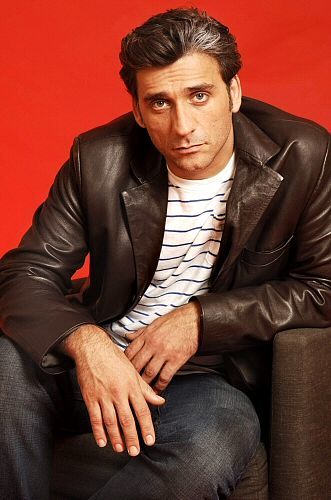 As his surname does not indicate, his parents are Sephardi Jews who moved from Turkey. He served as a paratrooper in the Israel Defense Forces and starred in many stage plays at the Beit Lessin Theater under the direction of Zipi Pines.

His breakthrough role on film was Zaza in Late Marriage, a 31-year-old man who is caught between obliging to his family's Orthodox tradition when it comes to marry and his love for Judith (played by Ronit Elkabetz), a 34-year old divorced woman.

He has also dubbed a few Disney animated characters in Hebrew.