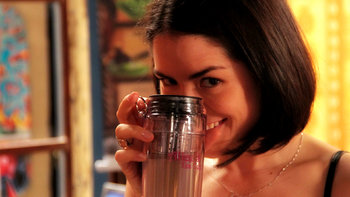 Liliana Rezende de Castro (born 29 June 1979) is an Ecuadorian-born Brazilian actress. She was born in Quito, the capital of Ecuador, due to her father's job as a diplomat. Her family also lived in Italy and Venezuela, before relocating to Brazil. She began acting at ten years old and, realizing that it was her true passion, graduated in theatre. Her first professional acting role came in 1999 in the play As Fúrias.