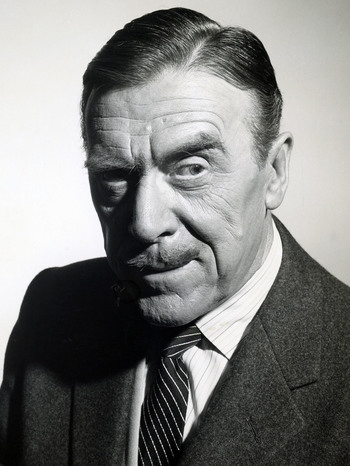 "Leo G. was the perfect screen actor; he just was so on the money in terms of reality and simplicity that he found him the best screen actor."
— Robert Vaughn, quoting Alfred Hitchcock's opinion of Carroll.
Advertisement:

Leo Gratten Carroll (25 October 1886 – 16 October 1972) was an English actor. He was best known for his role as Alexander Waverly in The Man from U.N.C.L.E. and for his appearances in several Alfred Hitchcock films.