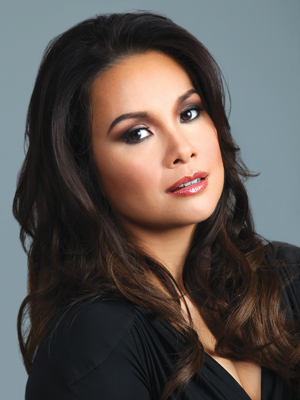 Maria Lea Carmen Imutan Salonga, OL (born February 22, 1971) is a Filipina singer and actress best known for her roles in musical theatre, for supplying the singing voices of two Disney princesses, and as a recording artist and television performer.
Advertisement:

She originated the role of Kim in Miss Saigon in both The West End and Broadway productions, for which she won the Olivier and Tony awards. She has also played both Eponine and Fantine in Les Misérables, again on both sides of the Pond.

Salonga is one of the best-selling Filipino artists of all time.