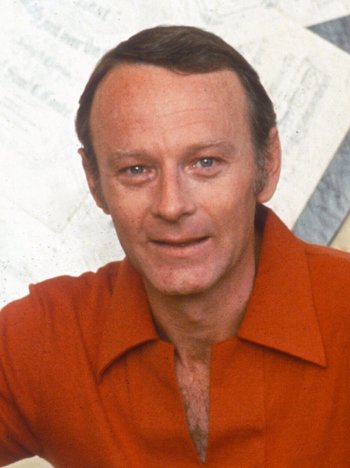 Lawrence Lavon Linville (September 29, 1939 – April 10, 2000) was an American actor from Ojai, California, best known for playing major jerkass Major Frank Burns in the first five seasons of M*A*S*H. He also appeared such series as Mannix and Grandpa Goes To Washington.

In sharp contrast to his Frank Burns character, other M*A*S*H cast members noted that Linville himself was kind and friendly, along with being open minded and courteous to others. Linville had been particularly close to Gary Burghoff, who described Linville as a "Renaissance Man" who knew the intricacies of Egyptian pyramids, along with building and flying his own airplane.

He was married five times and had one child.

Linville died in 2000 at the age of 60 due to complications from cancer surgery.