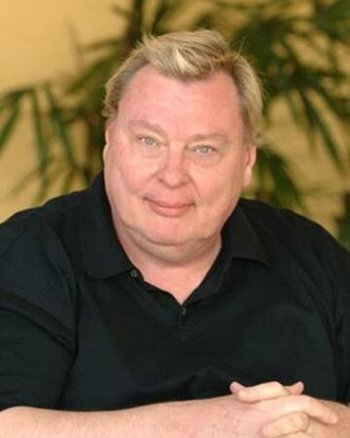 "My guess it`s the contrast of the character, he's enormously empathetic - this big, warm, wonderful, human guy up against these Ivy League-cool types. He's almost at the opposite end of the spectrum. It's one against eleven."
(On being asked why his character Benny Stulwicz from L.A. Law was so popular with audiences).
Advertisement:

He was married to Ruth de Sosa.