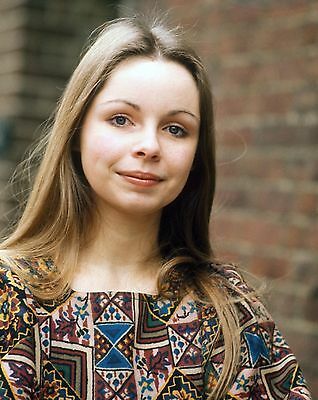 Lalla Ward (born Sarah Jill Ward on 28 June 1951 in London, England) is a British actress and writer best known for her role as the second incarnation of the Time Lady Romana on Doctor Who from 1979-81. She was married to co-star Tom Baker from 1980-82, and to evolutionary biologist Richard Dawkins from 1992-2016.

Ward's first appearance in Doctor Who came as guest character Princess Astra, in "The Armageddon Factor" (1979), the final story of Season 16. Mary Tamm decided to leave the role of Romana at the end of the season, and, at Tamm's suggestion, Ward was cast as a regenrated incarnation of the Time Lady, starting with "Destiny of the Daleks", the first story of the following season.

Ward's time on the show would last just under two (contrasting) seasons, the comedic Season 17 under producer Graham Williams and script editor Douglas Adams, and most of the serious, hard science-focused Season 18 under their replacements John Nathan-Turner and Christopher H. Bidmead. She departed in "Warriors' Gate", two stories before the end of Season 18.

She co-starred alongside Tom Baker as the Fourth Doctor for the entirety of her tenure on Doctor Who, and also Matthew Waterhouse for her final three stories. Ward struck up an on-set romance with Baker, that would go through numerous ups and downs. They married in December 1980, but divorced 16 months later.

While working on of Doctor Who, Ward had also become friends with Douglas Adams, the script editor for her first season on the show. In 1992, Adams introduced her to his friend, evolutionary biologist and fellow outspoken atheist Richard Dawkins. Wards and Dawkins would marry within a year, and this marriage would last 24 years before they announced their separation in 2016.

Ward has reprised her role as Romana II in audio form for Big Finish Doctor Who. She has been one of the most prolific contributors to the range, appearing in over 70 and counting of their audio plays. Ward relocated to Hong Kong 2018, but this has not stopped her from continuing to record new adventures for Romana.