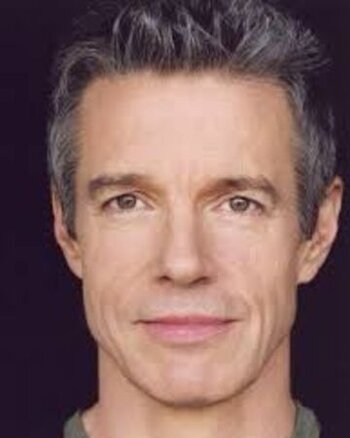 Kyle Ivan Secor (b. May 31, 1957 in Tacoma, Washington) is an American actor. In his teens he planned to become a professional basketball player, but was held back by extreme nearsightedness. Reconsidering his career options, he fell into acting.

In 1987-88, Secor had an eight episode guest arc on the acclaimed medical series St. Elsewhere as a sardonic AIDS patient. A few years later the former executive producer of SE, Tom Fontana, would offer Secor his Star-Making Role as Detective Tim Bayliss on Homicide: Life on the Street. Vulnerable and volatile, Bayliss played the foil to Andre Braugher's guarded and cerebral moral absolutist Frank Pembleton, also the show's breakout character.

Since Homicide ended Secor has continued to work steadily, and had a prominent recurring character on the cult teen mystery series Veronica Mars.