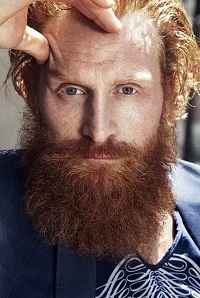 He is best known internationally for his role of Tormund Giantsbane in the HBO fantasy series Game of Thrones and Connor Rhodes in The Fast and the Furious.

Of note, Hivju was born into a family of actors, spanning at least two generations back. His maternal grandmother, Inger Worren, had been on stage for at least fifty years when he was born. His father is Erik Hivju, a notable stage and movie performer with a career going back to 1970, and his mother, Liselotte Holmene, although less known, is an experienced actor as well.