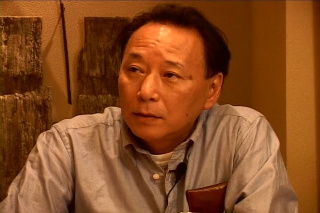 Koichi Mashimo (born June 21, 1952) is the founder and CEO of Bee Train Productions Inc. He is also the leading director for the studio and has directed most of it's productions. Little known fact that Mashimo also has a staple in live action production from his early studies in his university days after interestingly enough, studying Jurisprudence at Sophia University.

In the mid 70's Mashimo joined up at Tatsunoko Production as a director and assistant director on the TV series Time Bokan and would go on and direct many more projects for the studio. In the mid 80's Mashimo was reported to have suffered an extreme alpine skiing accident which left him hospitalized for a lengthy duration. It is said during his stay in the hospital he got the idea for a small studio that would act as a "Hospital for Animators", a studio that would nurture the creative spirit of it's staff rather than focus on financial or commercial success. Sometime later he formed a group of freelance animators and worked on more projects through the 80s and 90s. Mashimo stated later at Anime Expo that he was also approached to direct for Neon Genesis Evangelion with Production I.G but he turned the offer down.

Around 1997, Mashimo was ready to form a studio of his own, he then took his idea a small independent studio to Production I.G president Mitsuhisa Ishikawa. Ishikawa was impressed and agreed to support Mashimo and I.G took his company as its own subsidiary company. Since 2001, Mashimo directed all series produced for the studio with the exception of Meine Liebe Weider, Batman Gotham Knight, Murder Princess and Psychic Detective Yakumo. He's also become famous for working with acclaimed composer Yuki Kajiura.

Although no official statement has been released, Mashimo appears to have retired from the industry upon completion of his last series, the adaptation of Hyouge Mono, with no new releases credited to him since 2012.

Notable tropes in include: