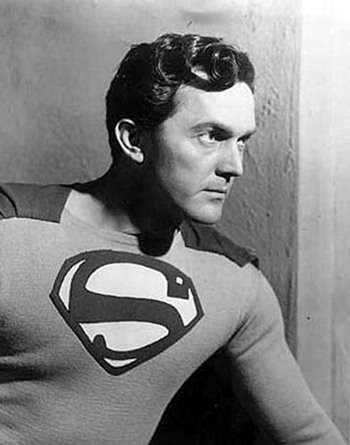 He was the first actor to play Superman in live-action, in the 1948 movie serials, alongside Noel Neill as Lois Lane. He then reprised the role in another serial, Atom Man vs. Superman, in 1950. He also starred as the eponymous role in the serial adaptation of Blackhawk in 1952.

He had a Remake Cameo in Superman: The Movie as Lois' father, General Sam Lane, alongside Noel Neill as Lois' mother Ella.