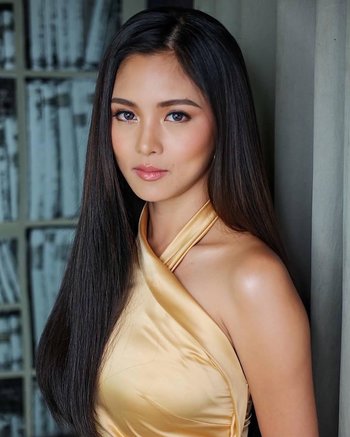 Chiu rose to prominence after her high-profile reality show victory in 2006 (Pinoy Big Brother: Teen Edition). The youngest winner in the show's entire history, the then-16-year-old Chiu went on to become a "love team" with Gerald Anderson. The onscreen couple Kimerald was a local pop culture phenomenon, until it fizzled out amid rumors of a real-life split. (Chiu and Anderson would later confirm that they did indeed date, and their separation as a love team was truly influenced by their real-life breakup at the time.)

Despite Kimerald's abrupt end, Chiu's career continued to flourish. She has received numerous accolades in her now-prolific acting career (including prestigious ones like the PMPC Award for Best Drama Actress on her performance in Ikaw Lamang; four FAMAS Award nominations and one win; and was hailed 'Princess of Philippine Movies and TV' thrice at the GMMSF Box-Office Entertainment Awards for her accomplishments in the film and television industry). However, Chiu's political opinions — which have attracted the ire of both pro-Rodrigo Duterte and anti-Duterte camps in spite of her generally pro-Duterte stance — have generated much controversy for the actress. Yet in typical ABS-CBN fashion, Chiu remains on Filipinos' screens, making use of all this publicity.