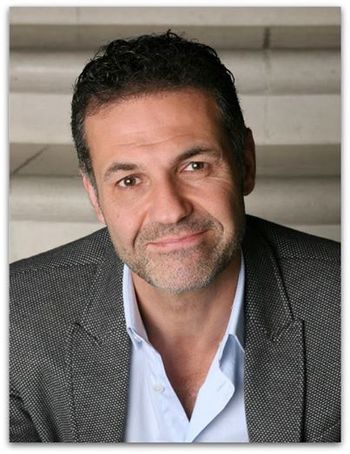 "War doesn't negate decency. It demands it, even more than in times of peace."
Advertisement:

Khaled Hosseini is a best-selling, award-winning Afghani-American physician-writer-philanthropist. (Yes, that's a lot of hyphens.) He is best known for his candid, beautiful portrayal of Afghani culture while directly facing the brutal, heartrending evil of the Taliban. He is credited with providing Americans with an honest look on the nature of violence and extremism during The War on Terror, and helped curb volatile attitudes toward Muslims and Afghanis in general by depicting their humanity. Oh, and he is also an envoy for the United Nations and has his own foundation

to help refugees in Afghanistan escape violence to find a home.

Hosseini was born in Afghanistan in 1965 and grew up primarily in Kabul. His family moved temporarily to Paris but found themselves unable to leave due to the Communist revolution in his home country. In 1980, they successfully applied for refugee status in the United States and moved there, despite the fact that he did not speak a word of English before arriving. Hosseini nevertheless grew up to be a successful physician, but found himself feeling discontent when he thought about all the disorder he left behind in his home country, which was ravaged by the Communists and then Islamic extremists.

Following the US decision to invade Iraq, Hosseini published his first novel, The Kite Runner, in 2003. It was semi-autobiographical, depicting a privileged Afghani boy coming to the US in the wake of war and atoning for his own mistakes later in life. It achieved massive critical acclaim, leaping to the top of the New York Times Bestseller Charts and remained widely influential. He followed it up with his 2007 novel A Thousand Splendid Suns, a Spiritual Successor which focused instead on the lives of two women who are oppressed by the Taliban.

His third novel, And the Mountains Echoed, focuses instead on various people, not just Afghanis, and describes the social and emotional tolls of war and privilege. His focuses have since shifted more towards improving the lives of women in Afghanistan while providing basic healthcare and education to the masses. He remains both a wonderful humanitarian and an extremely influential writer.