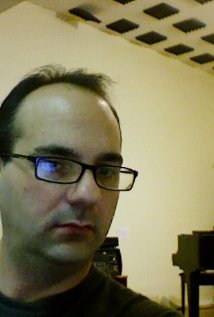 He's made the songs for every single YouTube video you've watched.

Kevin MacLeod (born September 28, 1972) is a royalty-free musician from Green Bay, Wisconsin. He spends most of his days writing and composing music for anyone to use as long as something original is built upon it. His use of the "Creative Commons" license means that people may feel free to tweak, remix, and do pretty much whatever they want with his music. In fact, so many have used his music that you've heard it at one point. No joke, if you watch TV, YouTube videos, or even movies, you have heard his music at one point in time. He's also known to change drastically in his style going from this,

which is just the tip of the iceberg considering he's made over a thousand songs and counting.

Not to be confused with Ken MacLeod