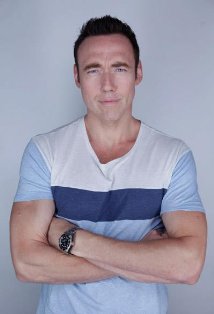 Kevin Serge Durand (born January 14, 1974 in Thunder Bay, Ontario) is a Canadian actor and singer. A prolific character actor, he's probably best known for being very tall (6'6") and for his roles as recurring psychopathic bastard Martin Keamy in Lost, Joshua in Dark Angel and Vasily Fet in The Strain. Due to his towering, muscular frame and deep baritone, he's often used for villain roles, as seen below.
Advertisement:

Not to be confused with 80s pop group Duran Duran or American basketball player Kevin Durant.