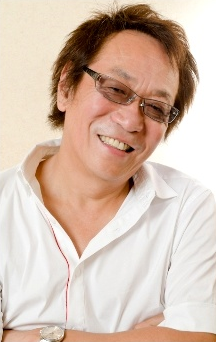 Kenyū Horiuchi (born July 30, 1957) is one of the veteran voice actors that, just like Kōichi Yamadera, experienced a change of pigeonholing in recent years. Kenyū Horiuchi is at first known for either his calm, suave, deep voice or his tendency to joke around. However, lately, he has been rather active as... megalomaniac, psychopathic villains. He also founded his own seiyuu management house in 2002.

Kenyū was once married to fellow voice actor Naoko Matsui, but the marriage tanked. The friendship between the two did not, thankfully.

He is called "Big Mouth Kenyū" so to lie without malice.

His son is a fan of Naruto, and was delighted when he was selected to voice Pain.