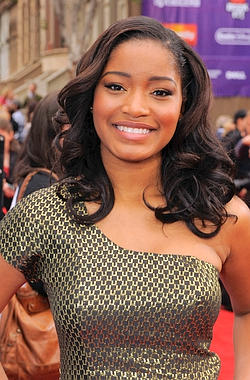 Keke Palmer
"Whether it be in acting, music, or even in dancing, I only want to do things that I truly connect to, and with my music, it's everything that I am."
Advertisement:

Lauren Keyana "Keke" Palmer (born August 26, 1993) is an American actor and singer who rose to fame for her performance in the 2006 film Akeelah and the Bee. She starred as the title character in the Nickelodeon sitcom True Jackson, VP and as Aisha in Nickelodeon's Winx Club.

In 2005, she became the youngest female ever to be nominated in the lead actress category at the SAG awards, for her role in The Woolcap.