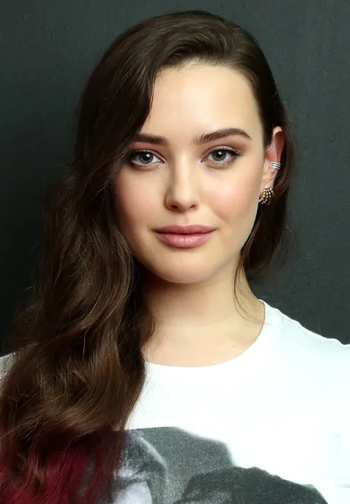 Katherine Langford (born 29 April 1996 in Perth, Australia) is an Australian actress. She began her career in 2015 acting in independent films before breaking into American media with the focal role of Hannah Baker in 13 Reasons Why. Since then she's appeared in a few high-profile projects, including Love, Simon and Knives Out.
Advertisement:

Her sister Josephine Langford is also an actress.

Not to be confused with the fictional Catherine Langford from Stargate.