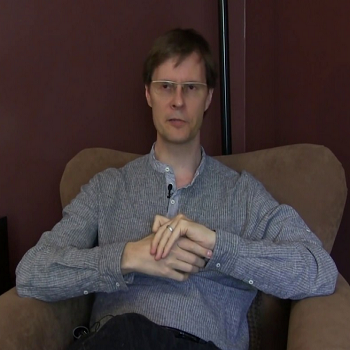 Karl Schroeder (born September 4, 1962) is a Canadian Sci-Fi author. His works are mostly set in the very far future, featuring technology so advanced it might as well be magic.
Advertisement: