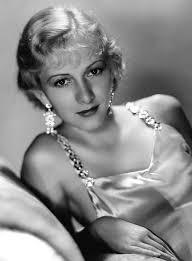 After studying at Pasadena Playhouse, she was signed by Fox Studios and her big chance came when producer Howard Hughes selected her to play the blond moll in the 1932 crime epic, Scarface (1932), Morley was put on a contract by MGM and starred in such early 1930s movies as Mata Hari (1931) (with Greta Garbo), Arsène Lupin (1932) (with John Barrymore), Dinner at Eight (1933) (with Jean Harlow), as well as films with Lionel Barrymore, Wallace Beery and Boris Karloff. In 1934, Morley left MGM after arguments about her roles and her private life, including her intention to start a family and her marriage to director Charles Vidor. She continued working as a freelance performer, appearing in King Vidor's Our Daily Bread (1934), Michael Curtiz' Black Fury (1935) and Pride and Prejudice (1940).

In 1947, her screen career came to a halt when she testified before the House Committee on Un-American Activities and refused to answer questions about her possible enrollment in the Communist Party. Afterward, she continued promoting left-wing causes and married actor Lloyd Gough. In 1954, she ran unsuccessfully as a New York lieutenant governor candidate for the American Labor Party.

In the early 1970s, Morley briefly resumed her acting career with guest roles in television series such as Kojak, Kung Fu (1972), and Police Woman.