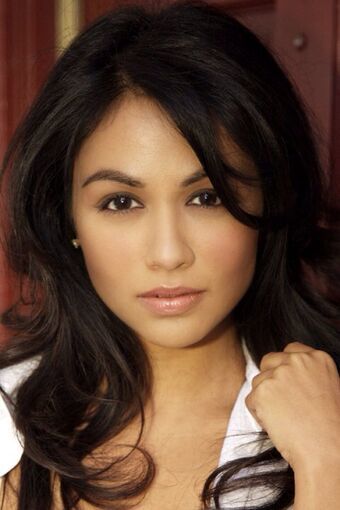 Karen Shenaz David (born April 15, 1979) is a Canadian-British actress, singer, and songwriter best known for portraying Princess Isabella Maria Lucia Elizabetta of Valencia in ABC's fairytale-themed musical-comedy television series, Galavant, as well as the Head of Spanish, Cesca Montoya, in the BBC One school-based drama series Waterloo Road and Layla in the American action film The Scorpion King 2: Rise of a Warrior. She starred as Angela in the ITV series Cold Feet and played Princess Jasmine (from Aladdin) in the American television series Once Upon a Time.

She currently has a recurring role on The CW's Legacies as Emma, a guidance counselor and witch, alongside playing regular character Grace in Fear the Walking Dead.

She is married to Swedish songwriter and music producer Carl Ryden.