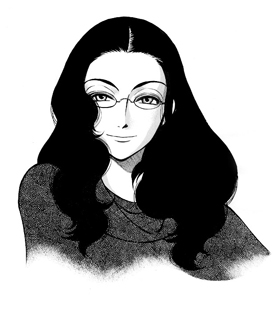 Interestingly enough, despite the general focus of her work (romance, historical drama, slice-of-life) seeming to have more outward appeal to girls, Mori is in fact published in a Seinen magazine.

She is reasonably popular outside of her native Japan; many of her stories have been licensed, translated, and published in English, often in larger, hardcover books to show off the details of her drawings.