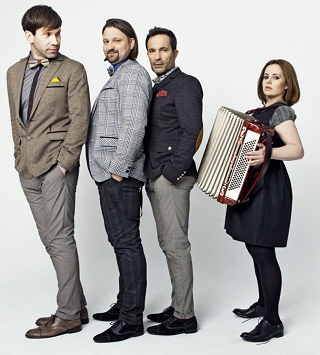 So what did they do?

Founded a new cabaret, of course!

Comprising of the legendary female element Joanna Kołaczkowska, the mad mastermind Dariusz Kamys, the much picked-upon pianist Łukasz Pietsch and the utterly sexy Tomasz Majer (who played in Ayoy Dr Jekyll And Mr Hyde, incidentally), "Hrabi" has been absurdly funny since 2002.

If you can find any tropes in their sketches, they would be: