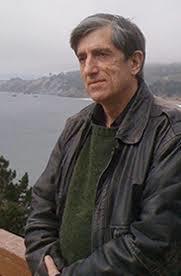 K. W. (Kevin Wayne) Jeter (1950–) is an American author of Speculative Fiction and Horror, known for coining the term Steampunk, way back in the 1980s. He was part of a group of authors (including Tim Powers and James P. Blaylock) who were associated with, and partly mentored by, legendary SF author Philip K. Dick. As a result, he ended up being tapped to write three novels which were sequels to the movie Blade Runner (which was an adaptation of a novel by Dick).

He has also written for comic books, most notably the DC Comics series Mister E.