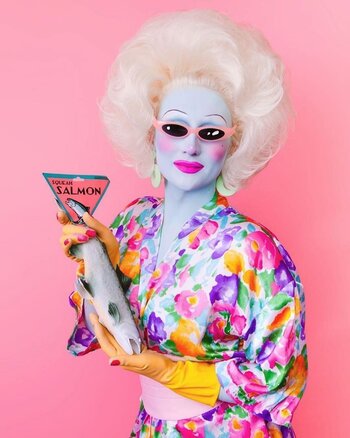 Yes, this is happening.
Advertisement:

Juno Birch (born December 25, 1993) is also a British drag queen, YouTuber and sculptor, based in Manchester, whose iconic (and stunning) style is best described as "an extraterrestrial who came to Earth in the '60s and is now masquerading as an American housewife". Her YouTube videos mostly consist of make-up tutorials to recreate her looks and Let's Play of The Sims.

Yes, these are Juno Birch's tropes and they are stunning.