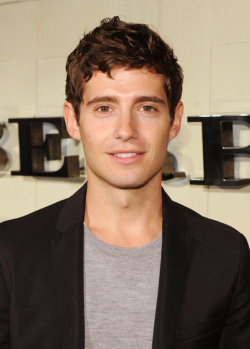 Julian David Morris (born 13 January 1983) is an English actor. After appearing in the British television series The Knock and Fish during his teenage years, he had his first starring role in the American slasher film Cry_Wolf. He subsequently had supporting roles in the thriller Donkey Punch, the historical drama Valkyrie, and another slasher film Sorority Row.

Morris has also appeared in American television as a series regular on Pretty Little Liars and Hand of God, and had recurring roles on Once Upon a Time and New Girl.