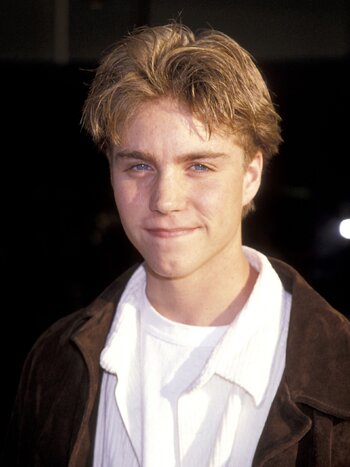 Jonathan Brandis (13 April 1976 – 12 November 2003) was an American actor and model best known as Young Bill Denbrough in It (1990) and Lucas Wolenczak in seaQuest DSV.
Advertisement:

Aside from acting, Brandis dated singer Tatyana M. Ali from 1995 until 1998. However, Brandis' drinking problems and disappointment with Hart's War led him to commit suicide at the age of 27.